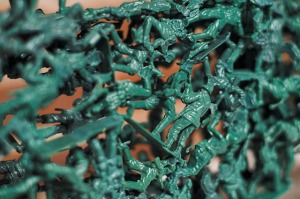 This is what I imagine is happening in my throat right now.

I typically write after I’ve had an allergic reacton but I feel like memory is less conducive to truth than living in the moment.

About an hour ago, I returned to my desk after lunch. I’d gone home to eat (sometimes it’s just easier to prepare my food at home in the daytime as oppossed to the night before, and eating in my own space is usually safer), ate just fine, drove back to work just fine, sat back down at my desk probably 30 minutes after I’d finished eating (maybe 40?), started my work and

But I don’t know what I’m reacting to. My food was fine. I ate it yesterday and I didn’t pass my overdose limit, and it happened so much after eating. Usually my reactions are within minutes of contact with the allergen.

So I did the logical thing. Called my mom to see if I needed benedryl. In the middle of talking to her, I realized I couldn’t handle talking and breathing at the same time — my airwaves weren’t blocked but the throat swelling was bad — so I answered my own question and took the benedryl. Which, yes, my mom suggested, too.

And I headed back into work. We’re assuming someone ate something for lunch that’s affecting me. Like salmon or wasabi or something? I don’t know. I don’t know why it would linger in the air like this. But all I know is right now, the swelling has calmed but not as much as I’d like it to have. And I have no clue what the cause is, so I bet I’m re-breathing it in.

BUT THE FUCKING AIR IN MY OFFICE? Are you kidding?

I know I tend to be upbeat on this blog. I like to laugh, I like to find the hope, but right now I’m just pissed.

Because that’s how an allergic reaction is. Your body goes BOOM, you can’t think straight, you don’t want to leave work because you feel like you always leave work (I mean, on Monday I had a Dr.’s appointment, last Friday the pollen count was so high I couldn’t think straight), you want to keep going because you hate being sick, but BOOM, BOOM, BOOM, the little green plastic army shoots canons in your throat and no one knows and benedryl sort of helps but you’re just over it. You’re just totally over it.

Because telling everyone in your office the details of your health, asking them to not have traces of food on their clothes or to bring back leftovers from lunch because you might get sick, I mean, it’s just ridiculous. It’s rude.

I wish I had some vapo rub. That sometimes helps. I’m too tired for steroids.